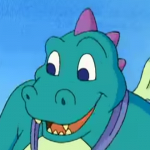 Hi, welcome to Channel Awesome! Thanks for your edit to the The Master of Disguise page.

Whether the transcripts get finished is ultimately up to whoever's been working on them. I've made a point a few times to remind people that if they start one to try to finish it. As for requests, Doug doesn't frequent the wiki as we're not directly affiliated with him, so you'd have to use the requests thread on the TGWTG forum or email Doug through the site. Hope that helps! --Spike's Girl (talk) 17:59, August 25, 2014 (UTC)

Re: Warriors of Virtue Edit

That's something I leave up to people if they'd like to contribute some. For example, people wanted to do transcripts for Todd's videos and I let them. --Spike's Girl (talk) 21:02, September 21, 2014 (UTC)

That may have been an automatic message. Even if it wasn't, Cferra very rarely signs onto here and chose to leave the wiki staff a while ago. --Spike's Girl (talk) 21:51, September 28, 2014 (UTC)

I appreciate your enthusiasm, but I'm not looking to add more admins at the moment. I have opened up the wiki to be more user-friendly anyway, and I trust anyone who contributes to keep an eye out for trolls and such. --Spike's Girl (talk) 18:01, October 14, 2014 (UTC)

Didn't get your message until now because I was on a trip the last few days and had another admin keep tabs on the site for me. He's had log-in problems, so he's been posting under my log-in. I'll be busy a lot of this month, so I'm mainly focused on getting the usual updates done and probably won't have time for much else besides. --Spike's Girl (talk) 17:09, November 1, 2014 (UTC)

hi, can you write transcript for Jeepers Creepers review by Phelous, i wanna translate this into russian language?

I apologize if this strikes you as a bit odd, but please hear me out. I was looking through some admins of the Disney Wiki and found you as someone who can perhaps help me with something relating to that wiki. I was blocked on that wiki in 2019 by an admin named GrayWolf2 for "vandalism". However, I had not been active there since one day in 2017, when I made tiny edits to one page. That was my only activity I ever had on that site; I was inactive before and after, but it strikes me as very strange to recently go back and see I was blocked out of the blue.

If I may direct your attention to this message to GrayWolf2's wall on another wiki where he serves as admin (the Lilo and Stitch Wiki) which has more context, screenshots, and me calmly explaining why there must have been some kind of mistake. Then, I was blocked on that wiki too! He closed my thread without even responding, and blocked me for "interference". It was very strange. If I may also show you a message to another Disney Wiki admin on another site where I again tried to reason why my Disney Wiki (and also Lilo and Stitch Wiki) block was completely uncalled for. Her name is SilverFlight, but sadly I did not realize she was no longer an admin on Disney Wiki until her response, but at least she heard my case.

I am sorry this message does not relate to this wiki at all, as I am just trying to contact any other Disney Wiki admin on other sites to see if they can help me. Do you think you can please perhaps help me with my issue of being blocked, and with this admin GrayWolf2? Or direct me to another Disney Wiki admin that can help (whom I will have to contact on other sites they are active on)? The links I sent you to other threads will help plead my case as innocent and undeserving of how GrayWolf2 treated me. Thank you, I appreciate it The GTA Nerd (talk) 20:57, July 24, 2020 (UTC)

Retrieved from "https://thatguywiththeglasses.fandom.com/wiki/User_talk:ZanyDragon?oldid=129400"
Community content is available under CC-BY-SA unless otherwise noted.