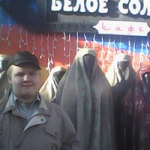 Hi, welcome to Channel Awesome! Thanks for your edit to the Ask That Guy With the Glasses page.

I'll just leave this post from Spike's Girl here that is on the main page, but to answer your question: I'm doing this because For the same reason everyone is: I'm a fan of Nostalgia Critic's work.

I've seen this one too many times already. There have been several grammar complaints aimed towards people writing transcripts. I'm sick of seeing people putting down these editors and I ask those of you who are to consider the fact that many people on here do NOT speak/write English as their primary language. I have nothing but respect for anyone here who has ever made a transcript as I know how time-consuming they can be. If you see mistakes, JUST FIX THEM. Don't go on to put down the editor on top of that as many of them have pointed out themselves that their grammar is not perfect. If I see more complaints pop up from here on out, I may have to consider disciplinary action. Since I'd rather not have to resort to that, again, please be mindful of others editing this wiki and its transcripts. Thank you. User:Frieza1500|Frieza1500]] talk May 27, 10:40.

I've been getting complaints from Frieza1500 about you putting them down often for their lack of proper grammar. I made myself clear last year that I don't tolerate people berating each other for something that a few members have no control over. A few users don't even speak English as their first language, so naturally their grammar isn't top-notch. I ask that both you and Frieza1500 be mindful of each other going forward and if any other issues come up to sort them out like adults. That's all I have to say on this. --Spike's Girl (talk) 19:56, April 2, 2017 (UTC)

My approach as of lateEdit

Why are you criticizing the fact that I have changed my approach as of late, which is to start the transcript and then dropping it? In the case of the new Best F(r)iends transcript, it was late at night and I wanted to go to bed. I only started it because no one else did. One reason I didn't do the full and complete opening is because I don't know all the actors who play all the characters (like the alleged Tommy Wiseau character in this case). I didn't want to do it, but I just wanted to get this out of the way so I could get back to what I'm currently doing, which is Atop the Fourth Wall transcripts, which no one but me seems interested in. MHarrington (talk) 16:23, April 4, 2019 (UTC)

Retrieved from "https://thatguywiththeglasses.fandom.com/wiki/User_talk:Roman.sinitsyn.1?oldid=114505"
Community content is available under CC-BY-SA unless otherwise noted.