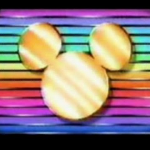 Hi, welcome to Channel Awesome! Thanks for your edit to the Dawn of the Commercials page.

Excuse me, there's a user around this wiki who keeps messing up pages and spouting hurtful comments when I'm trying to put a stop to those antics. Is there any way to remove this Mr.Hideous user from this wiki?

I don't know who these administrators are. Someone else has got to find out.

Excuse me. Someone by the user name of 24.154.136.152 keeps vandalizing the transcripts of The Lost World: Jurassic Park and Tom and Jerry: The Movie. That vandalizer keeps writing stuff like this.

All of those edits make NO sense, and no matter how hard several have tried to undo them, that vandalizer keeps coming back and making those nonsense sentences. Is there a way to get that random user 24.154.136.152 out of here?

Hello. Before I leave the wiki for 1,5 weeks for the university, I really want to know: what is up with you starting up the transcripts to the Nostalgia Critic episodes and then leaving after the introductory sketch or line is ended, not always even finishing the end of introduction part? For more than a year, I'm always the person who finishes and does most of the scripts and I'm somewhat tired of it. Roman.sinitsyn.1 (talk) 08:17, October 4, 2018 (UTC)

I can't always do the entire script in one sitting. And besides, I thought everyone can contribute in some way. One person should not have to do everything by themselves. Besides, sometimes, when I do updates, other people edit it in the meantime, and the edits don't get posted because of conflicting errors. MHarrington (talk) 15:03, October 4, 2018 (UTC)

A crazy vandalizer is on the loose Edit

A beyond crazy vandalizer by the user name of 138.44.176.22 has been vandalizing four NC transcripts, The Powerpuff Girls Movie, Ferngully: The Last Rainforest, Batman & Robin, and Doug's 1st Movie, and I'm unable to undo all those vandalizations and get those transcripts back to normal. Can you please find a way to do so and get that idiot vandal off the site?

That vandalizer 138.44.176.22 has struck again, vandalizing Street Fighter + Mortal Kombat Part 2, The Angry Birds Movie, Rise of the Teenage Mutant Ninja Turtles, The Powerpuff Girls Movie (again), and Disneycember. Those four articles have been undone, but Disneycember remains vandalized. Could you put that back to normal, and report that user 138.44.176.22, ask that user why he or she is vandalizing, and give the user a severe talking to.

We have another vandalizer, this time with a user number 67.149.165.19. Could you ban him or her, too, before the user strikes again like the user did with the Big Hero 6, Disneycember and Todd in the Shadows articles?

I've made the decision to grant you admin status. This is not just because I'll be leaving the wiki after this month, but also because you have been here for a long while and have been extremely helpful in both helping keep this wiki updated as well as reporting signs of vandalism.

Keep in mind that having admin powers grants you the ability to edit admin-only pages and also the ability to block anyone you see causing an issue. Please be sure not to abuse these powers and thank you again for sticking around these past few years. I really appreciate it. :) --Spike's Girl (talk) 01:42, December 3, 2018 (UTC)

For editing, take the main page as an example. It's currently only accessible to admins and myself. You can edit it just like you would any other page - that simple. As for blocking people, what you do is go to the person's talk page and there will be a "Block" option under the "Contributions" tab. Clicking it will take you to a page where you can set how long the ban is for, for what reason it was done, and things like that.

One thing for you Edit

Could you PLEASE describe the scenes in brackets before NC's comments on them? We don't have to guess what he is talking about.

Is there any way to remove the protections from Inspector Gadget, Quest for Camelot, Hook, End of Days, and The Room? Because they're in SERIOUS need of improvements.

For the episode list pages, there's a top row for each year, linking to each list. This list was hardcoded on each page, so for every year added, someone has to go back and edit every article. – But I have since some time ago created this template instead: [[Template:NC|

]], so you only have to edit the template once, and it will update for all articles.

Can you please delete the pages that aren't related to the wiki such as DAAI TV Wiki, Rover Dangerfield 2, Doctor Who, Star Trek: Simulation and Quantum Breach:, What Happened to Cartoon Network?, JewWario is a rapist, etc.? No one deleted these pages yet! Also, I reverted Cowboy81's edits because it counts as vandalism and he adds nonsense unrelated pictures. Also, I can't edit the Coldguy, Gold Miner and Transylvania Television articles because they were protected, so I couldn't edit them. 192.0.174.43 19:20, December 21, 2019 (UTC)

We’re so far behind on NC transcriptsEdit

Delete unrelated files on this wikiEdit

Can you please delete File:Screenshot 1.png and File:Screenshot 2.png? I think those files count as unrelated pictures to this wiki and was made by a vandalizer who keeps on making nonsense sentences on the AOSTH article, Cowboy81. 192.0.174.43 23:34, January 6, 2020 (UTC)

About Did Joker Imagine BatmanEdit

Hi, I just want to warn you that an user by the name of Funnni keeps erasing the transcript of Did Joker Imagine Batman? and remplacing it by: "No, He didn't". That is all.

Hey, thank you for polishing up "Spider-Man: Power and Responsibility", i was the one who started it.

Some user known as Tcr11050 had created a blog post that criticized Channel Awesome while also insulting all the people and users that support it or are just fans of it. Is there anyway that you can delete that blog post, ban that user, and give the user a good telling off?

Retrieved from "https://thatguywiththeglasses.fandom.com/wiki/User_talk:MHarrington?oldid=127501"
Community content is available under CC-BY-SA unless otherwise noted.