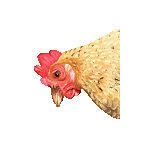 Hi, welcome to Channel Awesome! Thanks for your edit to the Music Games page.

Hey Kurasu. Thanks a lot for seperating Andrew Dickman from Angry Joe in the cameos page. I really appreciate it since for some reason my computer is unable to do that. Hey while you're at it think you can do that for some of the other people in the cameos, like BlockBuster Buster, PeanutbutterGamer, Nobunga, Rinry and some others who names haven't been properly seperated yet? I'd really apprecaite it if you could.

Thanks all the same,

-- Was in the middle of doing it. I'd accidentally hit 'publish' instead of 'back' once I checked I did it right! :) All the rest should be good. Let me know if you see any more mistakes.

Thanks for that man. Actually there is still one problem with the cameos page. In Rinry's section her credit is listed under name, not with the other credits. As it seems the box where her credit would be dosen't allow you to even type anything in it so if you could would you please try fixing that whenever you have the chance. Would really appreciate it.

-- Easy fix! Accidentally deleted a line while I was editing.

thanks for that. Now I can get to adding all the cameos in. Mostly from Andrew Dickman as he's appeared in a few Phelous videos that haven't been catalogued until now.

Hey Kurasu. Just wanted to let you know I added two names to the cameo page I need you to get up offically which you can do and I can't. One for The Angry Video Game Nerd (under The, not angry) and one for Kyle Justin. Since hey if we're counting title cards artists like Andrew Dickman or sort of related to the site like BrentalFloss should include them too.

-- All done! You'll have to add the Kyle stuff. I only know of one thing he was in, and I didn't see it in the list that was already there. But you should be able to now!

Thanks for that. Put evertying in the right place. Though since the Kyle space was blank it's misalligned and I can't really fix that either so if you could do that it'd be appreciated. Keep everything there the same, just make the spacing match up with everyone else's. thanks in advance for that.

-- Note for self (and others who peek here): when editing the charts, unless you go into 'source', you need to put *something* in the open slot. Otherwise it misaligns.

No you didn't. Actually I think I did miss Bennett's cameo before from "The Airzone Solution" (I might of or might not of I kind of forget on that it was months ago) but you put it in the wrong place. See cameos have to be put in the correct order and where you put it was between "Linking up with Linkara" and the Ultimate Warrior 2-3 reviews. In other words you put it by the 2010/2 year cameo spot for bennett when it should be in the third year. Which is where I put it. Check it again and see that it's in the right place and... such.

I think it was a problem through the wiki, as I seem to have fixed it. I think it has the tendency to glitch up with articles that Wikia considers stubs (aka ones that could be expanded on). No worries, though! :) --Spike's Girl 16:23, February 8, 2012 (UTC)

Okay just wanted you to know I'm going to be adding stuff for Psykoneko in the cameos page and need your help in putting her name offically up so whenever you can get on that when I finish with it I'd greally appreciate that.

Re: That Sci-Fi Guy Edit

Don't worry I think there was just a problem on my end that I fixed and updated it like it should of without the problem there was before but thanks for fixing it. Appreciate that.

Hi! This is Krin (Todd's title card artist). I got an account because I'd like to be able to edit my page. Is there a way to give me access to it so I can edit it as I like? (just my own page) Thanks very much!

Just to let you know I a added JonTron below JewWario in the cameo page (since he had archive footage in a recent Sad Panda review) so if you could add his name at some point soon to everyone else's offically I'd really appreciate it.

Just wanted you to know I put up another name in the cameo page: Mike Dodd who had camoes in the Brawl and the Vangelus V-Chat. So yeah please help him go up since I can't do that.

Okay just wanted to let you know I did another extra for the Film Renegado due to him appearing in the latest blockbuster episode and haing appeared in the Obscurus lupa peewee christmas special so gave him a cameo slot so do your magic in giving that a page. BTW don't know why Spike's girl said we were using HTML tags. I've been copying and pasting in the style of the words on the page so I haven't been using any and I doubt you have. I guess that sometimes happens with how the page is set up though but what can you do right?

Hey think you can do me a favor? Can you add Antfish to the list of cameo contirbutors? I have him up for appearing in Nostalgia Critic Baby Genius 2 but can't have it up and official like the others and since you're good at that was wondering if you can do that for me.

Hey Kurasu. Think you can do your editting magic for the cameo page as I put another name up? This time Mara Wilson since hey not only did she co review a Nostlagia Chick movie but there is talk of her maybe being a part of TGWTG officially so you know may as well put her on the cameo chart now.

Retrieved from "https://thatguywiththeglasses.fandom.com/wiki/User_talk:Kurasu?oldid=38523"
Community content is available under CC-BY-SA unless otherwise noted.